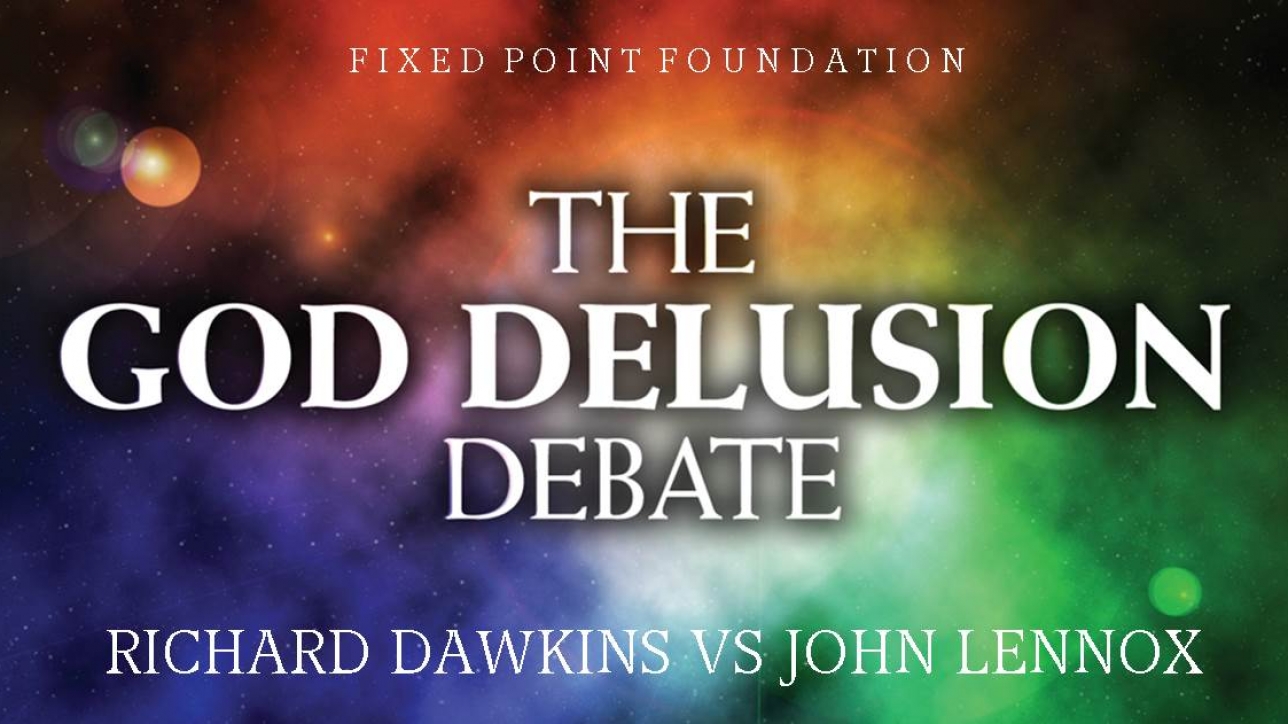 A common complaint against Christians is that they don’t think enough. This charge cannot be laid at the door of Oxford Mathematics Professor, John Lennox, who squares up to the ‘new atheists’ top-dog, and fellow Oxford professor, biologist Richard Dawkins.

The debate bears the title of Richard Dawkins 2006 best-seller, and focuses on 6 major themes from the book – faith is blind/science is evidence-based, science supports atheism, Who made God, Christianity is dangerous, We don’t need God to be moral, and Christian claims about Jesus are untrue. Anyone who has read the God Delusion, or knows anything about where Richard Dawkins is coming from, will expect him to vigorously defend these statements, and so it is. Railing against the religious explanation that ‘God did it’ (in reference to the beginning of the universe) and contrasting this with the rigour which is behind scientific enquiry and explanations, Dawkins goes on to assert that science has a legitimate voice on the likelihood of God’s existence, repeating previous comments that God cannot be disproved but is highly improbable, and makes a determined attack on the teaching of faith as a virtue, suggesting a logical path from much religious instruction to ‘doing terrible things.’ The death and resurrection of Jesus strikes Dawkins as “petty” and parochial” in light of the grandeur of the universe.

John Lennox is no shrinking violet and gave as good as he got, arguing that science is unable to tell us whether something is morally right, and pointing out that Darwinism does not explain life – just some of what happens when you’ve already got life. Lennox was particularly strong on the evils observed in godless societies, and the teachings of Christ, challenging Dawkins to write a book differentiating between Christianity and the others. On the point that morality doesn’t need a God, Lennox postulates that the identifiable common sense of morality across humankind is in itself evidence that we are moral beings made in the image of our creator. The closing question of Christianity’s claims about Jesus were tackled head-on, with Lennox questioning Dawkin’s sources for his assertions.

In general, the debate was cordial with a little humour thrown in from time to time, and both protagonists deserve credit as such. If you’re a bible believing Christian, you’d be hoping for John Lennox to give a robust case for faith in God, and that he does. There’s no doubt he’s one of a few who has sufficient grasp of the science and issues to be able to man-up to the challenges presented by the new atheists, and at the same time, unashamedly declare his faith and trust in Christ.

Find yourself 2 hours sometime soon and watch this, if for no other reason, than to take seriously the command in 1 Peter 3:15.

Click below to view the God Delusion Debate from the Fixed Point Foundation.