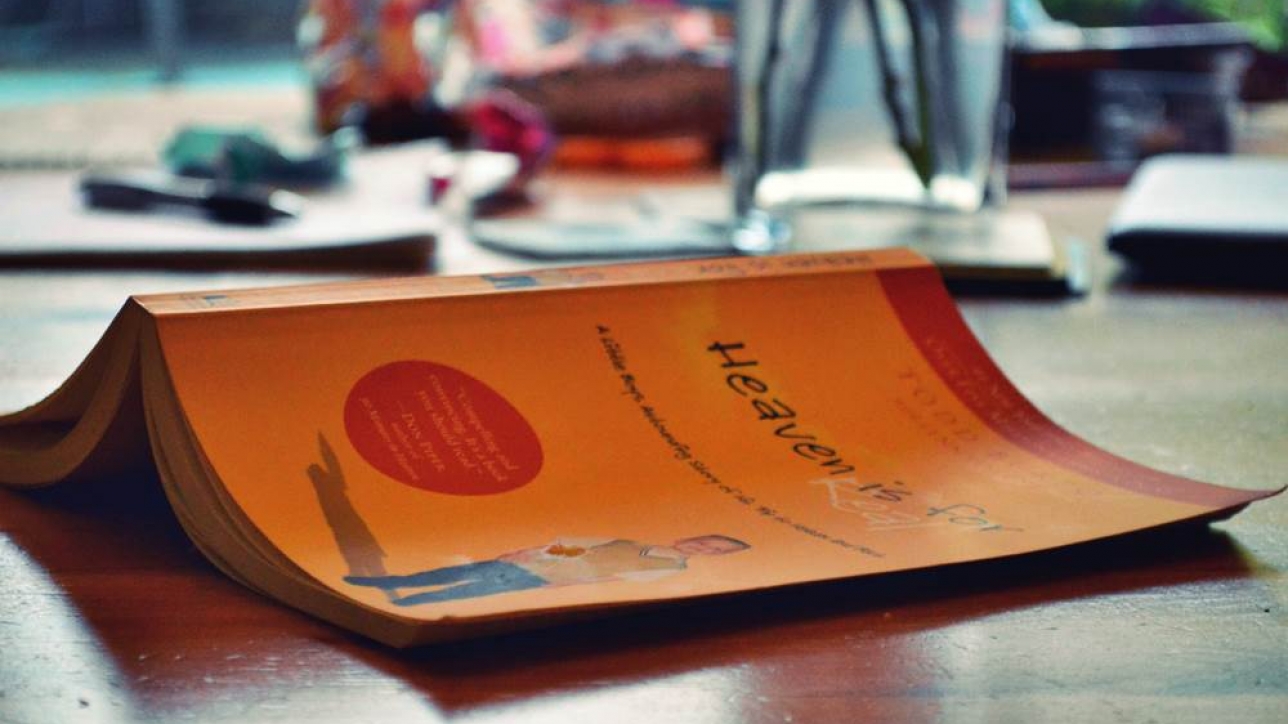 Heaven Is For Real?

A little over a year ago I lost my Grandpa to cancer.

Given that it was the first time that somebody truly close to me had passed away, I was understandably struggling to comprehend the concept of death.

My Grandpa was, as I’d call him, a die-hard Christian; a man who right through a 10-year battle with cancer, was always unshaken in his belief in Jesus Christ.

Despite all the great Christian wisdom he had passed onto me, him passing away hit me hard.

For a number of days after he died I found myself questioning God asking “why would you not heal him?”

People tried to comfort me saying that “at least he’s in a better place now.” But that was no comfort to me, given that I wouldn’t see him here on earth again.

Obviously, being a Christian I have believed that Heaven is real and that we will spend eternity there. However, like death, I had never fully grasped the concept of Heaven.

After speaking to my Pastor at my Church in London, he recommended a great book that he had read, “Heaven is for Real.”

The book is a true story about a four-year-old boy, Colton Burpo, who, whilst undergoing emergency surgery, slips from consciousness and enters Heaven.

Despite how interesting Colton’s story sounded, I almost gave up on reading it! You see I’ve never been much of a book reader, so with the majority of the first two chapters describing life for the Burpo family before Colton’s surgery, I found myself struggling to maintain any enthusiasm I had for reading the book.

After putting it down for a couple of weeks, I kept feeling an urge to pick the book back up and read it. Eventually, I gave in and opened it at Chapter 3.

Well, I’m so glad that I did! Totally glued to the book, the next three hours flew by and before I knew it I had read right through to the back cover, completely astonished at the extraordinary stories that this little boy revealed from his visit to Heaven.

Colton’s first revelations were that ‘he “went up out of” his body, that he had spoken with angels, and had sat in Jesus’ lap.’ I’ll admit I was extremely sceptical after reading that. Any young kid could make those sort of astounding claims. I mean kids specialise in outrageous and exaggerated claims!

But as I carried on reading I became more and more convinced that Colton had experienced something quite extraordinary.

Colton started to describe events and people that it appeared to be impossible for him to have met or seen. For example he disclosed how he met his miscarried sister, someone who nobody had told him about, and his great grandfather who had died 30 years before Colton was even born.

Colton’s other admissions from his trip to Heaven range from angels singing “Jesus Loves Me” to him to meeting John the Baptist; petting Jesus’ rainbow-colored horse to providing a description of God as “really, really big.”

Colton’s story is truly an uplifting portrait of what awaits each of us who choose to follow the Lord. The descriptions he provides that have been recorded by his Father seem authentic and in line with the way you would expect a child to explain things.

Nonetheless, despite all the revelations that Colton provides in this book, at the heart of his story is the delightfully simple message that Heaven is a real place and is conveyed in an enjoyable, moving and remarkable story. It might be a simple message but is one that I found great comfort in after the loss of my Grandpa, and one that any Christian would surely be blessed by.

Buy the book on Amazon here

Heaven is for Real has been released as a film – look out for it in UK Cinemas soon and watch the trailer below.